Pharmaceuticals in the environment, the student experience

You are here:
HealthcareOpinionPharmacy News 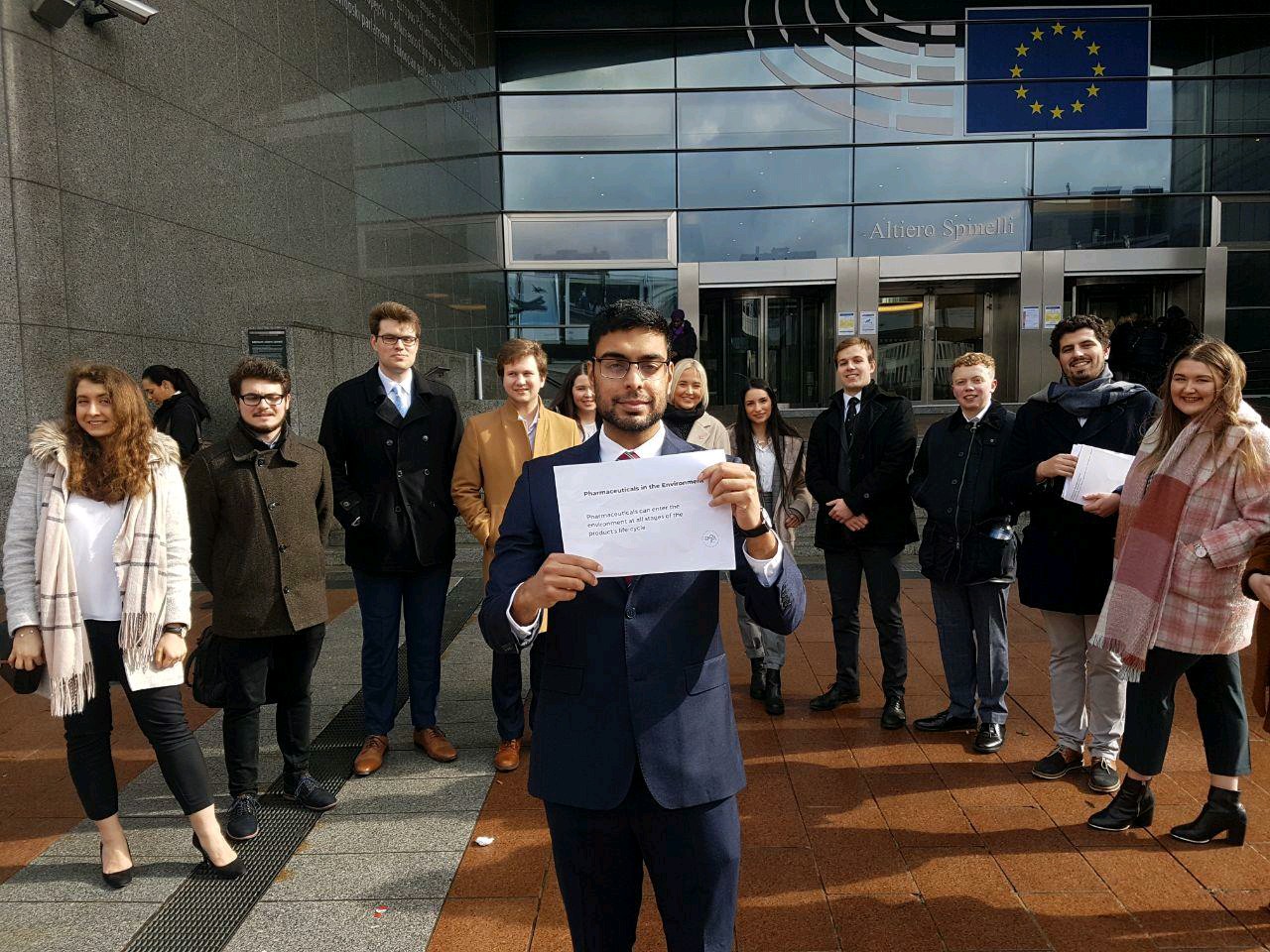 Earlier this year I was honoured to be part of the British delegation at the European Pharmaceutical Student Association’s (EPSA) Annual Reception held in Brussels, Belgium. This event was hosted by the Members of the European Parliament Irena Joveva and Jutta Paulus, as well as the EPSA Vice President of European Affairs, Tilen Kozole, who opened the event with a presentation of EPSA’s achievements over the past year. This showed how EPSA influenced pharmaceutical policies across Europe as well as the way pharmacy is taught and practiced.

The main part of the Annual Reception was a panel discussion that focused on the topic “Pharmaceuticals in the environment”. This discussion brought together pharmacy industry leaders and members of student organisations across Europe to discuss the role of pharmacists and other healthcare professionals in dealing with pharmaceuticals. It was split into two parts; one discussing EU policy actions on pharmaceuticals in the environment, whilst the other was focused on how these are implemented in education and practice.

From this discussion, we learnt about the danger pharmaceuticals pose to the environment. Diclofenac was found to be one of nature’s biggest dangers. It is a prominent contaminant of aquatic environments due to the difficulties treatment plants face in purifying it. 96% of diclofenac gel is washed off, making its elimination a greater challenge. In the cocktail reception after this event, I raised this issue with Maria Andreou from Cardiff University, member of the British Pharmaceutical Students’ Association (BPSA). We discussed the “Choose with Heart” campaign in Sweden where pharmacies make decisions on the medication they supply, taking into account their environmental toxicity and ensuring patients receive sufficient counselling on the use and risk of diclofenac products. Maria brought up an interesting point of replacing diclofenac with ibuprofen use as its less harmful to the environment but has a higher dose equivalence. However this could mean an increase in wastage quantity. We need to conduct more research to find the correct balance, with better understanding and management of associated risks.

Pharmaceuticals clearly pose a threat to the environment and all domains have a role in reducing the residues produced. Whilst medicines cannot be banned solely because of their eco-toxicity, it is important that stakeholders in various organisations act within their own capabilities to make the production of pharmaceuticals greener. An important point raised during the panel discussion was that pharmaceutical waste can also have an indirect effect on our population through antimicrobial resistance. This is because waters that pharmaceutical waste mainly end up in, give rise to resistant bacteria. It is important that European organisations increase awareness of these issues and promote the prudent use of pharmaceuticals. Through the expansion of environmental risk assessments as well as continuous monitoring, companies could actively support the development of pharmaceuticals intrinsically less harmful for the environment and promote greener manufacturing. This helps reduce wastage and improve the management of waste. Moreover, working together at an international level can increase the understanding of uncertainties faced and help fill in knowledge gaps surrounding various procedures. These aims are parallel to those of the European “One Health Action Plan” against antimicrobial resistance, developed in 2017.

Whilst a cross-sector approach to managing pharmaceuticals in the environment will lead to a greener worldwide production, it is important that future generations are able to build on the progress made to make further adjustments for improvement. One route of achieving this is through the pharmacy curricula at university level. This is by introducing students to concepts that embrace the relevance and sustainability of the environment, thus increasing their awareness for green measures and allowing them to be more prepared when they approach these challenges in their profession as graduates. An example of this was a public health campaign that I took part in which was held by EPSA. In this campaign, students were familiarised around the importance of protecting the environment and raised awareness on social media platforms. The initiative was the collection of expired and unused medicines owned by participants or their friends and family. These drugs were then going to be disposed by Brussels’s pharmacies in a proper manner. In doing so, waste was reduced, allowing students to actively protect our environment, whilst promoting the safe disposal of medication to the public.

Attending this event has increased my environmental consciousness and made me appreciate the contribution Boots makes to environmental health. I have realised that, like Boots, many pharmaceutical organisations and government bodies around Europe share the same determination to protect the planet and promote sustainability. This is in line with many of the United Nations Sustainable Development Goals which promote prosperity whilst protecting the planet; particularly those of sustainable production and the conservation of life below water.

At Boots, we have these goals in mind and are determined to protect the environment through operational programs as well as engaging with our suppliers to tackle environmental issues. We eliminate 900 metric tonnes of plastic each year through our transition of plastic to paper shopping bags as well as the reduction of plastic gift wrapping. We have also replaced plastic with viscose in our own brand baby wipes, which eliminates 200 tonnes of plastic per year. While Europe is trying to find solutions on how to tackle inappropriate drug disposal induced antibiotic resistance, Boots is promoting antimicrobial stewardship through participation in conferences and events like the World Antibiotic Awareness week. A similar practice with the same fundamental goal is followed daily in our pharmacies, for example counselling patients on how to safely use, store and dispose of medications, as well as working with prescribers to ensure prescriptions are issued appropriately to reduce overprescribing which can lead to stockpiling.

I hope to implement my learning to optimise the management of pharmaceuticals in Boots stores. By working with healthcare professionals to ensure appropriate prescribing as well as educating patients on products that are harmful to the environment. Through the BPSA, I am planning to hold a similar public health campaign to inspire future healthcare students as well as the public in becoming guardians of the environment.